Inauguration of the exhibition dedicated to Blessed Mary Angela’s writings

On Sunday, March 10, an exhibition dedicated to Blessed Mary Angela Truszkowska's writings was inaugurated. It is part of the project to present consequent categories of her writings. In the first part have been presented Mary Angela’s letters to the Sisters of the Felician Congregation. After the general introduction to her writings, three letters to the Sisters were presented, including two letters to two Sisters: Sister Mary Aniela Jezioranska and Sister Mary Hedwig Sliwinska as well as one Circular Letter to all the Sisters of the Congregation. All three letters were written between 1863-1865.

The exhibition also shows the process of forming the motto of the Congregation basing on Mother Angela’s letters starting with: Praise be to Jesus Christ and the Blessed Virgin Mary Immaculate Conception used by Mother before the beginning of the Congregation, until the presently used: All through the Heart of Mary in honor of the Most Blessed Sacrament. 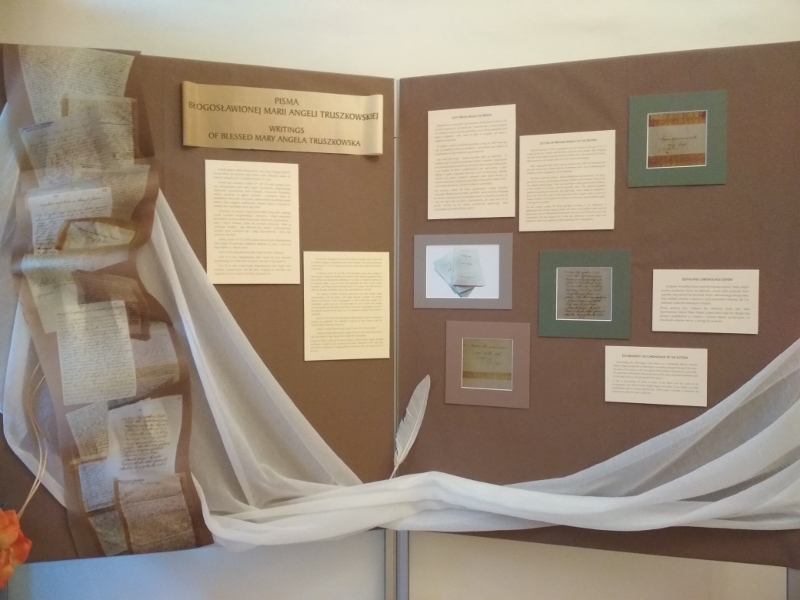 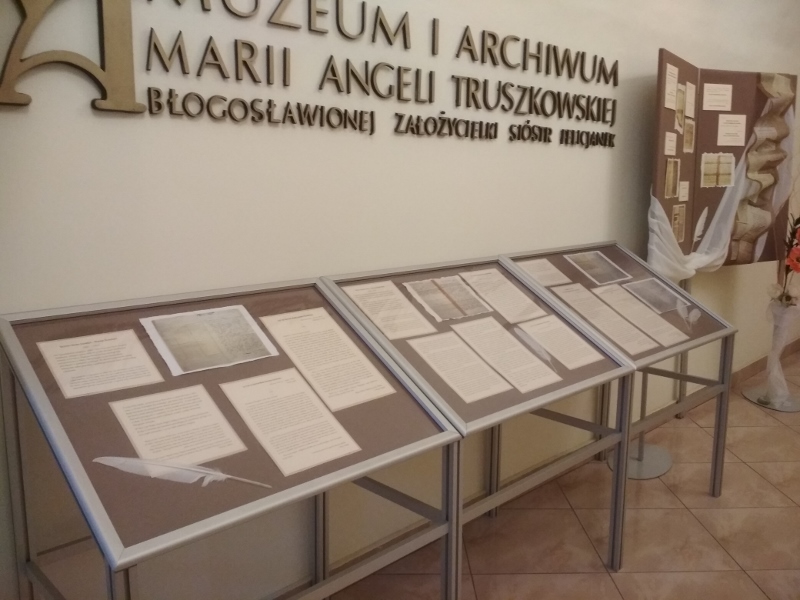 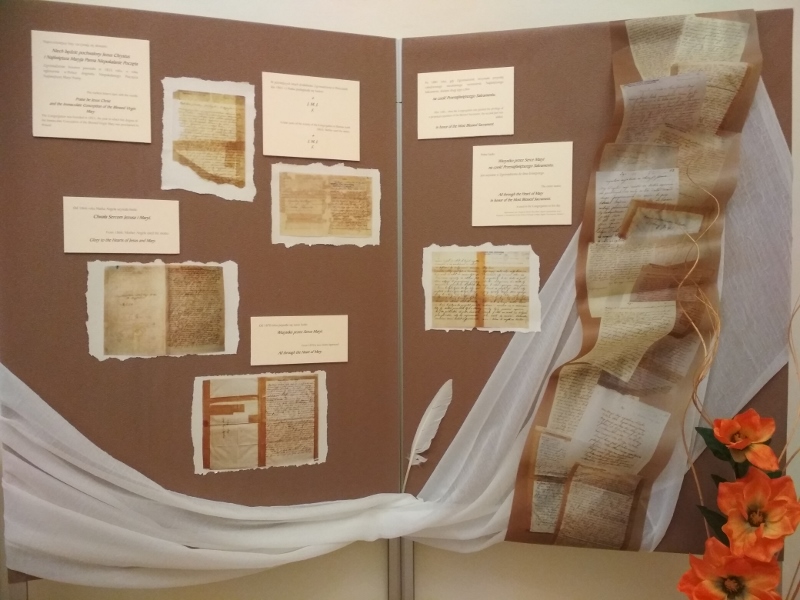